Breastfeeding forms the first bond between mother and child. It is one of the most naturally intimate interactions between humans. Ultimately, breastfeeding nourishes a new-born life.

Breast milk is specifically designed to meet the nutritional needs of infants during their first year. It contains plenty of nutrients that help in the proper growth and development of your baby. Breast milk comes in the form of Colostrum, the pale yellow milk produced after a few hours of giving birth. It is made up of high amounts of antibodies that some people call it the €baby’s first immunization€. Colostrum also contains a good amount of vitamin A, protein, salt, minerals and has less fat and sugar compared to mature milk. Mature milk, on the other hand is the milk a new mother produces after 2-4 days of delivery. It is produced in greater amounts compared to Colostrum. Mature milk contains water, fat, carbohydrates, protein, essential vitamins and minerals, amino acids and enzymes. All in all, breast milk is made up of over 200 nutrients that are beneficial to both the mother and her baby.

There are several benefits of feeding your baby with breast milk. These benefits include reduced risk of infection, steady and appropriate weight gain, increase in IQ, stronger jaws and well developed teeth. Breastfeeding not only benefits the child but the mother as well. Breastfeeding helps the mother lose weight and prevent uterine cancer, breast cancer and bone loss. Breastfeeding also offers convenience and a boost in the mother’s mood.

Breastfeeding is recommended during the first 6 months of the baby’s life. Breastfeeding can still be used as a feeding method for infants up to 12 months of age given that the child is also provided with other sources of nutrients like solid food. While some parents opt for infant formulas as an alternative, they should know that infant formulas do not contain fat which is the most important ingredient of breast milk. Formula milk does not have cholesterol and Docosahexaenoic acid (DHA) which are vital nutrients to the development of the baby’s brain and body.

However, doctors would usually prescribe an iron-fortified infant formula for non-breastfeeding mothers. Mothers who don’t breastfeed their child should consult their doctor about the specific nutrition needs of her child and if the infant formula she uses suffices to her baby’s needs.

Mothers have different views about breastfeeding but breast milk isn’t called €nature’s perfect food€ for nothing and that should always be considered.

The Joy of Morning Sickness

The Joy of Morning Sickness 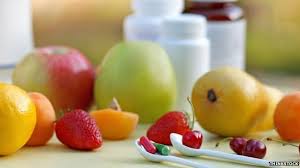 Vitamins: A Key to Good Health